Our knowledgeable, professional coaches are 100% committed to your success. No matter what your goals are, we know how to work with your strengths and improve your weaknesses to help you achieve peak performance. 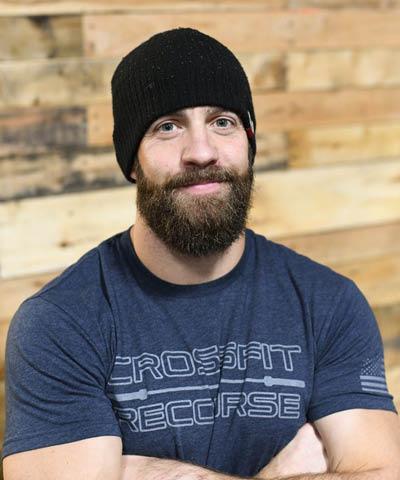 Owner and Head Coach Chris O'Donnell has been CrossFitting for more than six years. Growing up, he played multiple sports but excelled in lacrosse and was a three-time All-American in college. After graduation, Chris coached lacrosse but gave it up to get a "big boy" job and support his family.

"While I had a good deal of success in the corporate world, it always felt forced," he says. "I started doing CrossFit to save some time at the gym (hour long classes) at my wife's request. It quickly became an obsession. One thing led to another, and I decided to take a chance and open my own gym. Never looked back after that."

Chris’ favorite part of coaching is watching his members’ self-confidence grow over time as they surpass goals and then set new ones. "It's truly amazing when someone shatters their own expectations of what they thought they were capable of when they walked through our doors for the first time," he says. "Our members’ hard work and dedication to continuous improvement will always amaze me." 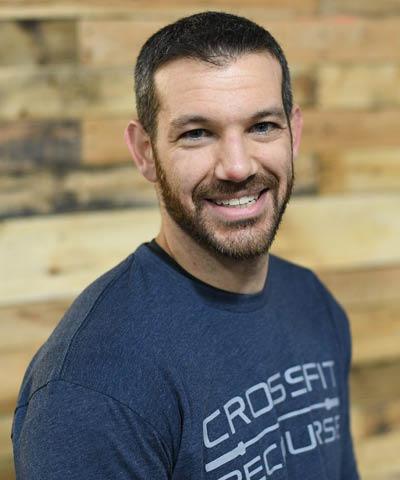 Coach Matt Chichester has been CrossFitting for more than four years and specializes in bodyweight and gymnastic movements. He played basketball and soccer in high school and discovered CrossFit after running his "first and only marathon." "I was looking for something different to keep me moving and motivated," he says. "I found CrossFit and loved that it offered something different every day."

As a coach, he loves reminding members where they were a year or two ago so they realize just how much they have accomplished.

When he’s not at the gym, Matt teaches kids with special needs and hangs out with his family. His favorite quote is "You miss 100% of the shots you don’t take." 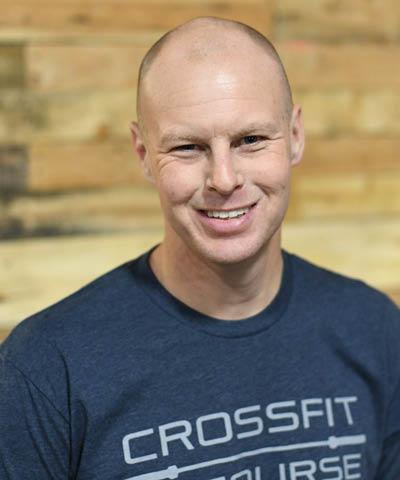 Coach Matthew "Mack" MacKenzie has been CrossFitting for four years, and he’s gained much more than just muscles at Recourse. He actually met his wife in the parking lot. True story.

Family is his biggest passion, and fitness plays a big role in that. "Being a husband and new father at 42, I want to stay healthy and feel young for a long time," he says. "I also know how much better I feel after a workout, having endorphins released and stress relieved."

His favorite quote is "There is a destiny that makes us brothers; none goes his way alone" - Edwin Markham. "I think this quote holds true to CrossFit, especially the Recourse community," he says. 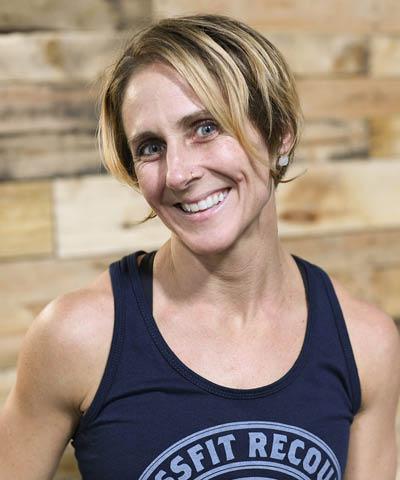 Coach Erin Hogan has been CrossFitting for four years, and the thing she loves most about coaching is "Seeing people who walk through the door with no confidence get healthier, start crushing workouts and do things they never thought were physically possible," she says. "Seeing it then transfer into other parts of their lives, giving them courage and confidence to BE themselves and attack the rest of their lives – that’s cool stuff."

Erin was a three-sport athlete in high school. She was selected for the US U-15 and U-16 regional team that traveled to Europe to compete. In college, she played soccer for Duquesne, where she was a four-year starter and a three-time Atlantic-10 All-Conference selection.

After college, she dabbled in exercise philosophies, but it was CrossFit that gave her what she was truly looking for. "I loved its ability to transform and strengthen lives both physically and mentally," she says. "I believed in it, understood it, and became very passionate about it."

GET YOUR FIRST SESSION FREE!